A few weeks ago, I decided to try my hand at sketching old buildings. I’m learning as I go, but find the activity to be fun and relaxing. Here are a few examples: 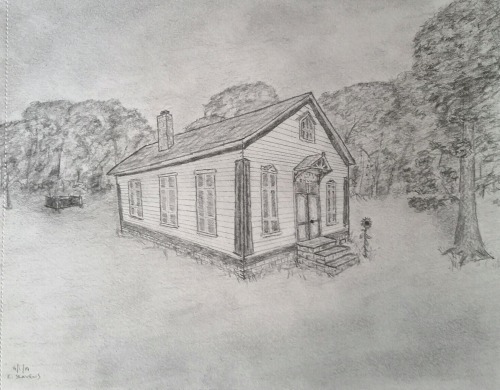 This sketch of Bethesda Methodist Episcopal Church is not entirely historically accurate, but captures the look of the church during its early years. I got married in the church earlier this month. 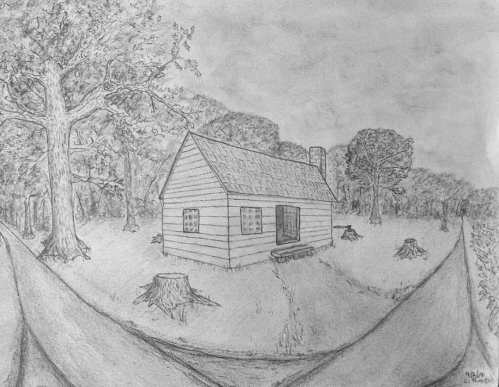 This imaginary scene includes a typical, simple Eastern Shore house from the colonial era. Perhaps in a couple of decades, its owner will be able to build a bigger one. Though I think of the house as a cabin, during this period, that term was used for Indian dwellings. This is my favorite drawing so far. 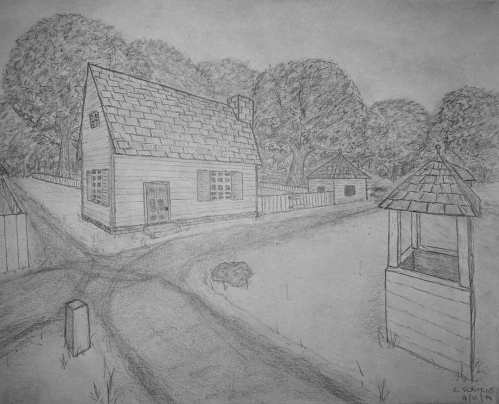 A scene in Colonial Williamsburg, inspired by real structures, but with a number of modifications and additions. I began this sketch in the waiting room of an auto repair shop just outside the historic district due to an unexpected flat tire. 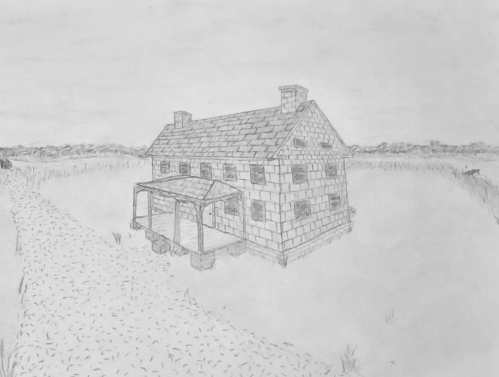 Another imaginary scene; this decrepit old house is sheathed in cypress shingles from roof to foundation. The nearby marsh could be in lower Delaware, or along the Chesapeake. A road of oyster shells leads to an old wooden bridge. 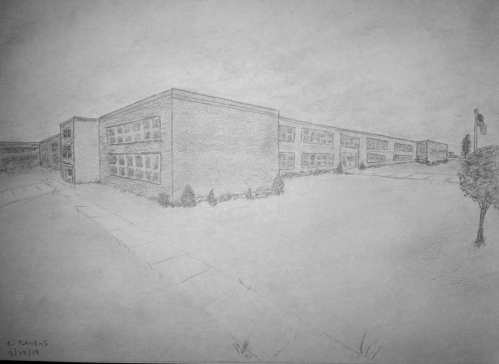 The old Delmar High School during its early years. I found the long rows of windows to be much more difficult than rows of wooden shingles in previous drawings, which don’t have to be all that straight or consistent.

One response to “A New Hobby”